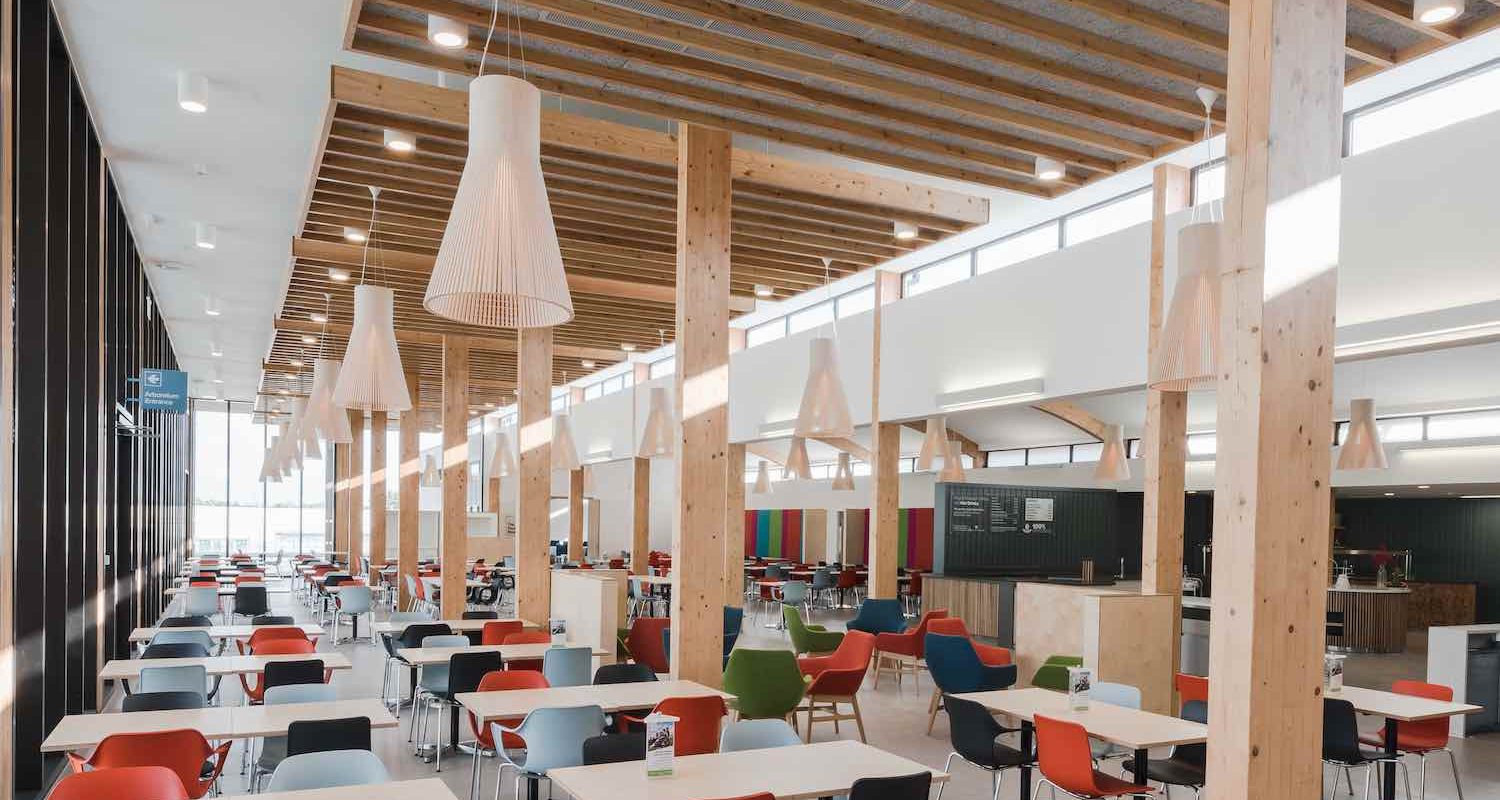 zencontrol has supplied a comprehensive lighting management system for the new £15.7 million Remembrance Centre at the National Memorial Arboretum. The system uses a range of zencontrol’s products to ensure the lighting control is precisely tailored to the needs of each space, whilst minimising the environmental impact of operating the building.

The National Memorial Arboretum in Staffordshire, opened by Prince William, is the UK’s year-round centre of Remembrance and a spiritually uplifting place which honours the fallen, recognises service and sacrifice and fosters pride in our country. The Arboretum forms part of the National Forest, with 30,000 maturing trees and over 330 memorials. The new Remembrance Centre provides a gateway into the 150-acre site and is also home to exhibition and interpretation spaces, retail space, a restaurant, a café and a learning centre. The centre piece of the project is a new public space known as Heroes’ Square, where Prince William unveiled a commemorative plaque and met veterans from each of the Services.

His Royal Highness is patron of the National Memorial Arboretum Appeal, which has funded the construction of the new centre and received support from a wide range of institutional donors, individuals, and groups, including The Royal British Legion, the Heritage Lottery Fund and Staffordshire County Council.

In the Restaurant area, zencontrol supplied a purpose built lighting control panel that had both DALI dimming from DALI gateway units and single channel LCM’s for mains switching which were all housed in a purpose built enclosure. With a brief that aimed to utilise natural light within the building to limit the energy used, zencontrol included a scene setting panel for manual control with up to 8 settable scene options. This allowed for the restaurant that is split into 3 areas all requiring differing light levels to each have a dedicated photocell for individual light control.

The main office area is being controlled by a number of zencontrol’s lighting control modules each with 10 fully addressable channels in conjunction with patch lead connected PIR detectors with a combiners detector and photocell. This allows for a constant light level to be maintained within the busy office area. zencontrol have also installed a combination of microwave and presence detectors to corridors and toilets within the building.