IoT, are we ready for the digital revolution? 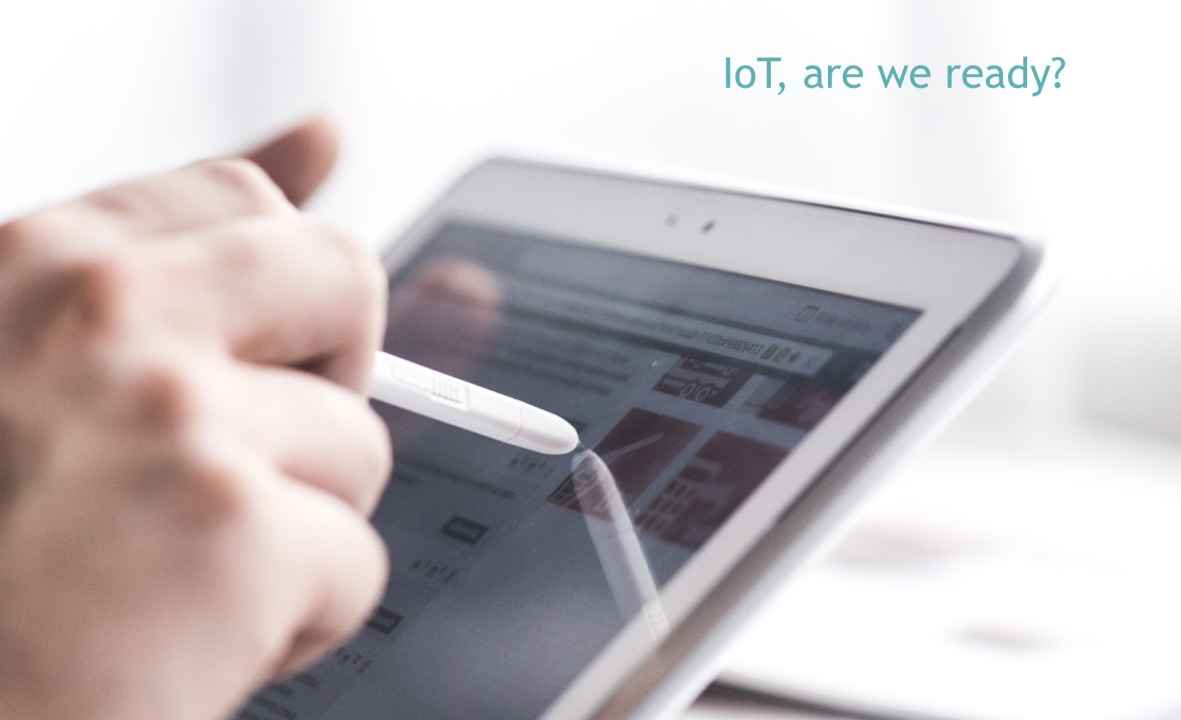 The world is getting smarter and we in our own way have become connected. That connection is based on a series of devices which connect to a service we called the internet. This amorphous collection of servers and software that computes bits and bytes of an ever-increasing size to allow us to browse the web or as a repository for all our images and videos.

It’s a relatively new technology that has totally transformed our lives and the current generation of twenty/ thirty somethings have grown up in the digital age; there was never a time when the web wasn’t preset in their lives.

During their lifetime the Internet has come of age and was packaged in a way that made it user friendly and simple to set up. If you have ever tried to set up a wireless router in the 1990’s it was a totally different story and trying to connect a printer to a network was a black art.

The point I’m trying to make is that the market had to evolve to consider the voice of the customer and take the “Tech” out of the Technology so we mere mortals could set up and use our devices. It worked and through agreement we have a frame work of languages and interfaces that simply work out of the box and allow non-qualified individuals the opportunity to network devices.

I should point out that the domestic requirement is far simpler, and the number of connected devices is generally small; the commercial market is different.

Still, in the commercial sector setting up and commissioning devices is easier as a consequence of the developments in the domestic market and if managed properly is something a non-IT person can perform. Getting to this point has taken several decades and we are completely ignoring the specialism of security which does take IT to a whole new level.

The challenge with the Internet of Things (IoT) is that it hasn’t come of age and is still for many in its infancy. We have smart systems and connectivity and we have had that for many years, but the challenge is the transition to full connectivity.

I should caveat that this is something that can be done and is indeed being done, at some level, but not totally as one would imagine

I recently read an interesting article about  one particular Internet protocol  that was being seen as the language that will become the true voice of the Internet of Things and although I agree with the principle of what was written however the reality is that seldom do we get what we want. Often, we get a version of what we want and to a degree that is the situation the market finds itself in at the moment.

We must consider lighting as a special case as physically we have so many connected points and managing and reporting on these devices generates a huge amount of data.

If the proposed IoT protocol is to work, then each device has to operate with the same protocol and then report that data to the “Cloud”

The challenge is then managing that data and using it in an appropriate manner to achieve the lit environment the client wants. I agree this is possible but is it totally necessary at the point in time.

We are still developing and evolving Lighting standards and the protocols they use, such as IEC 62386 and the recent publication of Part 104 of that standard which is the wireless section. This was published as an FDIS in December 2018 and has yet to be fully ratified but will provide a frame work for wireless connectivity within the lighting sector. This has taken many years to agree so achieving an IoT device level structure will take time; how long is anyone guess.

The important thing here is to develop a system architecture that reflects the current controls market and is smart enough to evolve as the market develops. The key is to use open protocols that have flexibility built in and hardware that is designed to upgrade through a period of their operating life.

Put simply this is a similar approach to how smart phones work with upgrades of the Operating System over a number of years until the software eclipses the hardware capability.

Within our own system, we fully comply with IEC 62386 and will incorporate Part 104 later this year and to support IoT we provide an API that allows BMS or similar the opportunity to drill down to a device level and obtain meaningful data on occupancy, daylight and other specialist information. Above all the hardware is open and interoperable.

If protocol X becomes the IoT language of choice, then you could argue that a gateway from X to DALI makes more sense. Lighting is a specialist field and simply generating data to a remote Cloud doesn’t necessarily ensure compatibility and connectivity.

Above all, we must not compromise the integrity of these evolving IoT standards. If in time protocol X becomes the protocol of choice, then the system must be engineered around such a protocol to provide seamless integration. The worst-case scenario would be to have one element of the system working on Protocol X and then just feeding that back into a proprietary and often dated system.

The market is transitioning to IoT, but are we ready for it?

Do we understand what we need and are the standards in place to support it?

We should also consider that lighting is a specialist field and that should we decide to go down a particular route then the whole lighting industry needs to adopt that standard to make it work.

Get your infrastructure right and you have a firm basis of smart connected devices that can communicate with each other and will be able to communicate with Protocol X or whatever comes along. We may not all be ready for the Internet of Things, but our Lighting can be.

For more information on how we at zencontrol are delivering smart connected solutions, drop me a line at stewart.langdown@zencontrol.co.ukor give me a call to arrange a meeting