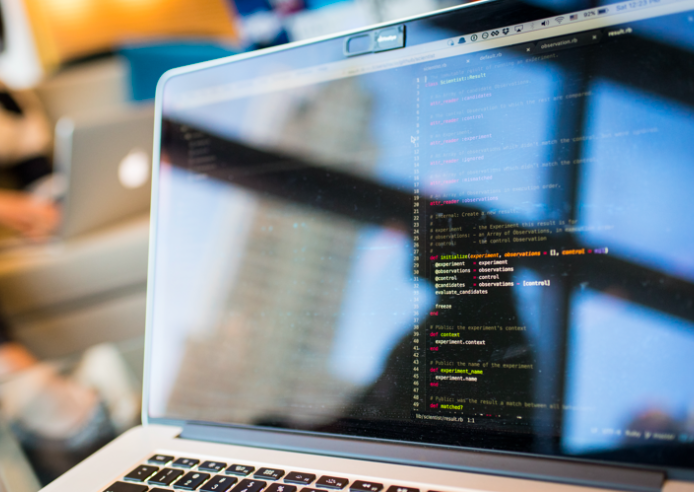 I read many articles about smart this and even smarter that, and generally, I’m usually impressed by the authors argument for using said technology especially if its paired with a specific application.

We tend to think in applications so anything that helps to clarify or demystify a particular use of technology in any given application is a positive. That said, I do get slightly frustrated by catch all phrases that use the term “smart” or “connected” to something that patently isn’t.

Im not here to criticise, so, if that’s your marketing strategy then good luck to you, but I think it does the audience a disservice. We are all smart and to a degree connected and most understand the language of smart as we have all been living smart for over a decade.

Around 13 years ago the first Smart phone was launched by Apple. I mean smart in the sense that it fulfilled multiple functions, took pictures, connected to the web and played music amongst other things. Apps were in their infancy and suddenly the world went crazy combining services.

Mobile phone technology evolved, and texting and social media became the new way to communicate; less chat and more emoji. Apps give us access to e mail, calendars, web conferencing and so much more.

The computer in our pocket has become an essential part of our lives and we all rely on technology to schedule meetings, to guide us to our destination and also pay for our coffee when we get there.

We are slowly becoming cyborgs, although the tech is in our hands or on our wrists and not quite built in still it may come one day.

However, before we become embedded in the Matrix, we need to pave the way for a system that is flexible enough to allow us to opt in and out of the potential technology trap.

This is the number one issue with any smart solution in that going down the wrong path can be costly and could seriously impact not only on the use of the building but also the value of that space if let to others.

If we are honest, we have an idea where technology will go, from following trends in the trade press and from news stories, so we sort of have a very rough handle on where we are going. The danger is going in with both feet forward and not considering the implications of your decision.

Wireless is a great case in point in that we all accept that it will be a key feature in smart buildings, for many reasons, but selecting the wrong pathway may seriously restrict your offer or the use of your building in the future.

I’m not saying one solution is better than the other as that’s down to the individual company or client to make their own decision based on their unique requirements. So, if its Bluetooth, Open Thread, Zigbee or any of the many other wireless protocols, it really doesn’t matter, so long as you stick to a known standard.

When I talk about a technology trap, I’m really talking about proprietary solutions that have no direct alternative. You have to buy your products from company A, and only that company, so you cannot mix and match.

Historically the lighting industry amongst many other industries had taken the attitude; we know best. So, as a consequence they developed controls strategies that restrict choice by locking in all of the hardware and peripherals to their solution. In the past this was probably acceptable as the choice was limited but, now you could argue this is no longer the case.

We have plenty of choice and choosing the right solution can be difficult if you don’t know how to compare all of the various solutions out there. What you need is a benchmark to measure performance and a framework that validates those claims.

In lighting whether wired or wireless this is more straightforward than you think as we have a standard in IEC62386, and we have specific command sets for wired and wireless commands. As an industry we have collectively signed up to this and we know that compliant devices will be interoperable.

Going down the path of known standards makes sense in that it minimises risk by providing a safety net in the event of a problem. If a claim is made that a device is compliant with IEC 62386 Part 104(Wireless DALI) then it will be tested and approved accordingly. The choice of wireless technology is still open for discussion, but should you use Bluetooth then you can mix and match hardware if compliant to this standard.

Conversely if you just go and look for a Bluetooth / BLE solution then how do you validate that solution. If it’s a proprietary version of any wireless solution, then it’s just that, unique to that manufacturer. If that company stops producing that product, for whatever reason or stops trading then your opportunity to maintain or develop that installation becomes very limited.The same is true of all proprietary systems so this is not unique to wireless, but as I mentioned earlier, this is the growth area and one that is peppered with potential pitfalls.

Ultimately innovation must out and the selection of the technology will be based on many factors and its possible that you may wish to be a maverick and go down a particular route, but why would you, when collectively as an industry we have stated the direction we want to take.

The technology trap that is set for unsuspecting engineers and buyers to fall into is often driven by cost, the assumption that a cheaper product will do the same job is fraught with danger.

Lower cost generally means less features and, in some instances, poorer performance. It doesn’t make them bad products, but it does make them unique and, in an industry, where choice is paramount, unique can be seen as a real negative.

Unique as previously mentioned is a negative in a market driven by the mass production of devices that communicate on a common platform.

The IT industry has known this for years and if we are to learn anything from the computing world it’s that hardware is secondary to the network and that the communication between different devices must work to known standards. Whether you have a computer from one manufacturer and a printer from another, the fact they share a common network and hence a common language of communication allows them to communicate and for you to send a document to be printed.

If you change your PC, you can still connect to the same network and print to the same printer, so system functionality is maintained as the hardware improves over time. This has to be the way smart buildings must function. Over time as technology evolves, we have to ensure the network controlling these devices is maintained and is therefore deemed to be both open and secure.

We live in a connected world and this is set to evolve with devices having multiple functions and being able to operate other devices cross platform. The key benefit being the reduction in total control devices and the coming together of controls generally.

When you enter a room a lighting sensor can trigger the lighting to come on and at the same time switch on the air-conditioning and provide data on the temperature within the room. Additionally, it can then measure the air quality in the room and feed this to the BMS or other control software.

Conversely the device controlling lighting may no longer be a traditional sensor, it might be a booking system for smart meeting rooms or biometrics that once again are linked to a controls platform that shares this data and triggers events.

Smart buildings follow trends that we first saw in computer networks, initially wired and then increasingly wireless. This natural evolution of technology was based on firm standards that defined methods of communication, data bits and bytes and wireless ranges for when the wires were removed.

We need to accept that lighting has become more than the sum of its parts and that buildings are converging. As an industry we need to be clear on how we connect and how we share data, and this is crucial if we are to provide a truly open and interoperable solution to smart buildings and even smarter cities.

Be Smart, be Connected and be in Control of your Future