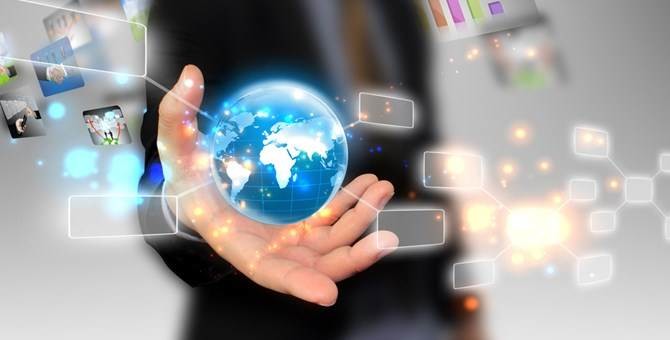 Therefore, a Luddite is someone who won’t embrace technology, in fact there is a new term Neo-Luddism. This is “a leaderless movement of passive resistance to consumerism and the increasingly bizarre and frightening technologies of the Computer Age.(Wikipedia)

This term of Neo- Luddism tends to reflect some of the attitudes we see in today’s controls market. The outright refusal sometimes to accept that technology has evolved, this has resulted in a cut and paste approach to projects where the phrase “we have always done it this way” rings out from the desks of engineers and specifiers who are reluctant to embrace change.

Thankfully they are in the minority and most clients and engineers are keen to embrace the current and future technologies; but which technology is the right one for you!

Well, to a certain extent, it’s very difficult to make a major “Faux pas” providing you stick to open protocols and known technology platforms.  That is, something that has a standard behind its title or is supported by an industry standard or group.

If we consider the subnet, then I would think that all lighting manufacturers would accept that DALI is the agreed protocol of choice for the management of Mains and Emergency Lighting.  I should add that we are talking about true DALI as in IEC 62386 Part 101,102  & 103. It meets the criteria of being an international standard whilst also being supported and promoted via the industry through the Digital Illumination Interface Alliance (DiiA). With the update of DALI in 2014 we now have DALI2 which has a number of attributes that improve interoperability between devices and for the first time defines a standard for Control devices such as sensors and switches.

At a device level, the luminaire manufacturers now have the ability to source drivers and controls that are truly interoperable and guaranteed will together providing they fulfil the requirements of the IEC 62386 DALI standard. Compatibility is no longer the challenge it once used to be.

Before we talk about network protocols, we can all agree that supporting an open protocol such as IEC 62386 Part 102/103 makes sound technical and commercial sense. If we agree this, then why do we still see lighting controls systems using proprietary bus systems to communicate between sensors and switch inputs. Locking in a client to a technology that is unique to one particular manufacturer, is not working in the end users’ best interests and places a technical and financial burden on the owner of that system.

Innovation works best with competition and smart lighting demands smart inputs at the device level as well as the system level and DALI2 certainly delivers in this context.

It’s worth noting at this point that wireless protocols also can and do sometimes fall within the context of subnet protocols. In recent years we have seen a trend towards the use of wireless controls as a means of delivering the Internet of Things (IoT). Wireless is purely a means of communication between devices and unless we power every wireless device with a battery then we need to wire that device to provide power, so the wireless element is purely the communication.

This is nothing new we have been using Wi-FI for many years so for me wireless is just another protocol. What is new is the plethora of wireless devices on the market or soon to be in the market which use a bespoke version of a wireless protocol such as Bluetooth.

The Lighting industry has teamed up with DiiA and IEC to develop IEC62386 Part104 which is the wireless to DALI2 interface based on Bluetooth Low Energy (BLE).

Again, DALI through DiiA has set the benchmark for wireless communication, so ensure your wireless subnet device supports IEC 62386 Part 104 and doesn’t lock you into a proprietary version of the protocol. Its, also worth noting that compliant devices are unlikely to be available until 2019.

At a wider network level there is more choice, however we agree that TCP/IP is the way to go, and that generally technologies such as BACnet are best suited to provide a seamless interface to building controls.

Wireless communication at this level is more straight forward if we consider protocols such as Wi-Fi , where there is a history of connectivity and the methods used are well known, also we are working with fewer connections and latency is not a major restriction.

So, we have defined a framework that is open and interchangeable that should satisfy the concerns of the most ardent technophobe.

The Luddites weren’t fighting technology, just the application of that technology. Today the market is ever changing and is more evolution rather than revolution. That said, we need to embrace change tempered by standards to achieve truly smart lighting installations.  That change has to be driven by the engineers and end user to ensure they are providing a truly open and future safe platform for the evolution of their building controls.

Neo- Luddism is more about education and to that end, ask questions about how your lighting control system is managed, the protocols employed and how locked in to that technology platform you are.

Technology works, we live in a connected world and need connected systems to further develop buildings and systems into the world of the Internet of Things.

We don’t see the people running through offices smashing computer and mobile phones so perhaps the fears of yesteryear are consigned to history. Embrace change and evolution but always with an eye towards openness, we all need a Plan B, should Plan A fail and selecting an Interoperable solution based on DALI2 gives you that freedom and security.

If you want to know more about how technology can transform your connected world then don’t hesitate to contact me.