The whole is greater than the sum of its parts 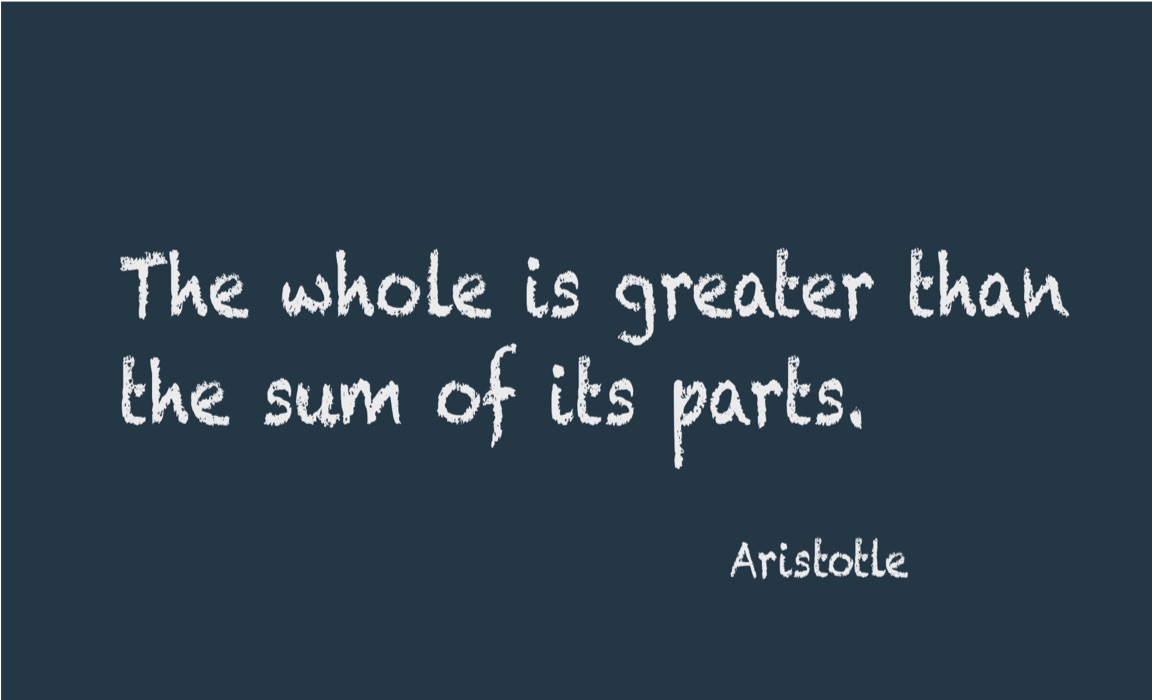 Buildings are similar in that we understand a combination of certain products will be bought together to produce a structure or service and Lighting is a classic example of a key component in the construction of any building. Alone a single luminaire will illuminate a space but connect it to controls and it can do some very interesting things.

First, we must consider those parts and how best to specify them to ensure we achieve the best performance in both safety and operation. We need a process of communication which references a classification that is based on known standards so the luminaire will respond to published commands sets; we need to be able to speak the same language.

This does seem an obvious process but its one that is fraught with dangers. Those dangers are often hidden within a process that separates aesthetics from performance. Often luminaire manufacturers will be driven by two prime goals when developing a scheme and these will be the aesthetic, how it looks and of course its lit performance, how well does it illuminate the space.

This is a critical part of design but what isn’t necessarily considered is the difference the driver selection can and does have on the performance of that luminaire. This may be its electrical performance; in that it may not be as efficient as another driver or it may lack certain features.

Also, as a side note, the selection of the driver and invertor when undertaking an emergency conversion will have a massive impact on performance both in output and electrical noise. Cheap drivers are after all cheaper for a reason.

Cost drives everything and we accept that given a choice we would all probably opt for the cheaper solution providing we were getting the same level of quality and performance. However, this isn’t always the case and validating these disparate components is a complex task that may be overlooked.

Scale this up to smart buildings and the world of IoT and then we are in a position where the selection of “parts” is critical if we are to achieve the whole. Historically controls have had to work with what they were given and all in all they have muddled through with products being offered by some of the mainstream manufacturers that were cost optimised. That is something was removed to make it cheaper, so it’s not delivering all of the features.

Again, the parts have been compromised to save money but ultimately may limit functionality that will impact on the system user when they are looking for a holistic approach to their control systems. More worrying is the potential impact that wireless devices may have on an installation if they don’t adhere to any standard. Not all wireless devices are created equal and the problem is how do you identify what is good and what is just ok and, in some instances, what is just not good enough.

With some OEM’s using multiple suppliers with a range of different capabilities, how can you be sure that what has been specified is what is being delivered. Simply relying on a generic term such as DALI or Bluetooth is not an adequate description, it’s too loose an expression and leaves the interpretation of what is acceptable in doubt. The DALI standard is IEC 62386 Part 102 for the drivers and clearly defines what is an approved device and with DALI-2 this is never in doubt as all certified products are third party approved. If the device has the logo on it then there is no confusion and you know it will work with a DALI-2 control system.

So, if we clearly define the “parts” and benchmark them against known standards then combining these parts to create a system becomes a far simpler exercise.

There is always a caveat, and this is where the analogy of the car is useful. When deciding on what car to buy we look at the performance of the vehicle, how it fits in with our lifestyle and the aesthetics, colour shape etc. What we don’t consider is what disc brakes have been used or how well built the components of the chassis and engines are! We assume the manufacturer will have done this and spent time and resource in testing all the available solutions and arriving at the perfect combination for their vehicle.
Its not unreasonable as they are after all delivering a finished product which often has a high value attached to it.

A building is similar in that as we have stated it is the “Sum of its parts,” however do we take the time and give the necessary resources to consider how the components of disparate systems will work together.

If we strive to create a truly connected building, then we need to agree how each system will communicate with the other and how these functions collectively.

This is a very complex problem that can be solved but needs a clear framework in place to allow for the specification, management and integration of technology. We need to consider systems as a whole and such whether we connect at a device level or via a subnet; the protocols used must be open and truly interoperable to allow different hardware to communicate.

Specification is the key and having the vision of that connected building is something that the end-user or Developer will have to agree upon before they start design. Cost will be a factor but if we design based on open protocols with technology that can be sourced from multiple vendors then risk has been addressed.

Truly smart controls are flexible and modular in their concept and as such provide a platform for expansion and integration based on standards such as IEC 62386 DALI-2. Within this standard, drivers, inputs, wired or wireless have been defined and through international co-operation have a basis for true interoperability. Hardware should not be the limitation of your system and a DALI-2 sensor from manufacturer A or B if certified by DiiA will work together.

Using TCP/IP or BACnet to link Application Controllers togethers part of the DALI-2 update provides a simple connection to the visualisation of connected devices, Analytics and a method for sharing information across multiple platforms. In reality there will be some customisation but if the key subnet is defined then Developers, Designers and Installers have a choice.

This choice gives them the freedom to develop their estates and add value and sophistication as and when required without recourse to dated and restrictive systems.

The “Sum of its Parts” makes a difference and can revolutionise the way in how we specify, commission and integrate truly smart “Whole” buildings