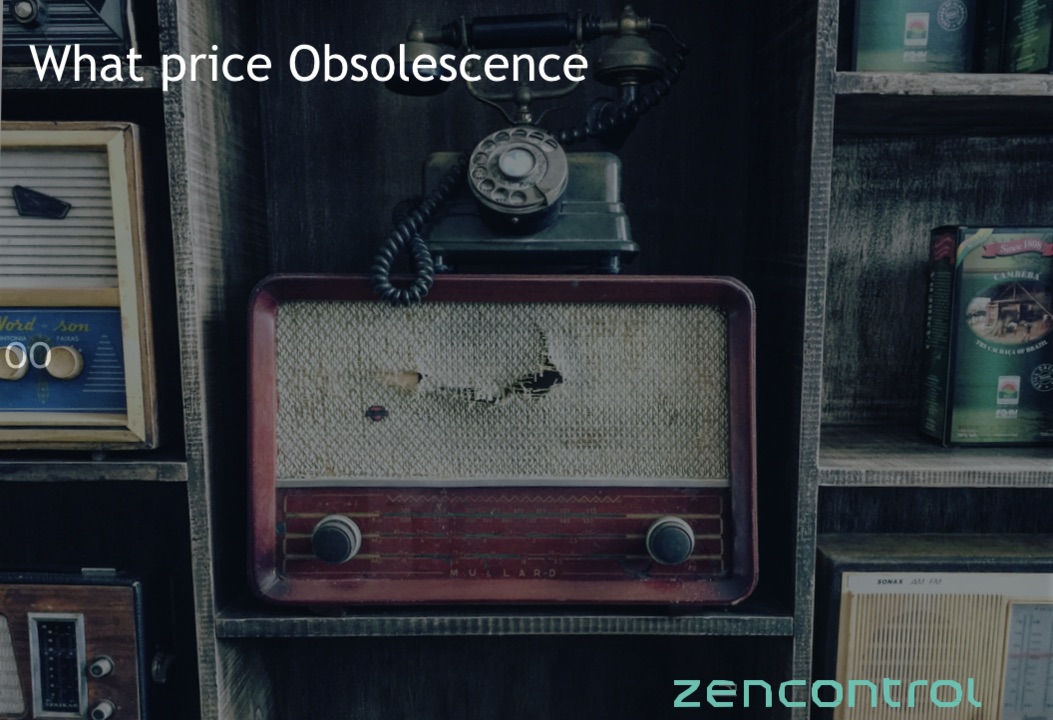 Why do we still use dated technology, why do we use inefficient technologies that restrict operation and why oh why do we lumber ourselves with expensive and restrictive maintenance contracts?

Everyday I see projects being specified and delivered on technology that is decades old, it was designed in the reign of the fluorescent lamp and reflects practises and operations that are old and restrictive, yet we still use and specify such systems; Why?

We embraced the LED revolution, well initially some didn’t but their hand was forced in the end as no one could have predicted the rapid uptake of LED. The old T5 lamps were efficient and we had decades of experience using aluminium or plastics to distribute light so you can appreciate the reluctance to change to a technology that was seen as inefficient and expensive at the time. Within 10 years the whole market has flipped on its head and virtually all projects are LED with the odd legacy luminaire using a fluorescent lamp. The market evolved and in doing so changed the whole way we design and construct luminaires. At the same time a revolution was and is on going with controls and yet again we are ignoring obvious trends and the very obvious benefits lighting control provides.

New light sources and new drivers have opened up the controls market and with the revision of standards such as IEC 62386 Part 101,102, 103, 104 and the formation of the Digital Illumination Interface Alliance (DiiA) third party approval is now available for the drivers and also the Inputs modules be this wired or later in the year wireless.

Lighting control development has run parallel to the Light source development and features designed to exploit functionality and control have been integrated into smart drivers and even smarter controls.

We have an open platform of connectivity and we have a way of visualising that data via the Web to provide a seamless integration platform that is as relevant today as it will be in 10 years. The industry supports this view via DiiA, so my question once again is why don’t we as an industry support this and embrace open platforms.

I guess the old adage “We have always done it this way” might be to blame, but this surely must change. The old ways may have worked well in the past but technology evolves and part of that evolution is to embrace the standards and look to the future to build in an operating life for the controls that cater for both the immediate needs but also the potential expansion of the system over time.

Not all systems will be open and there will be occasions when a proprietary system will be used within a project and although this should ideally be avoided its realistic to expect such systems to run concurrent with an open platform. Gateways will handle the transition between the systems whilst at the same time ensuring functionality. The specialist can then publish to a known standard and integration is fairly straightforward and generally interoperable, meaning others may use the same technology.

The risk, to still using the old dated systems on new projects, is obsolescence.

The design life of micro’s and certain technologies are limited and when using technology based on older platforms the support for replacements or expansion in the future is somewhat restricted. Having run an R&D office in the past I would continually ask engineers to carry out thorough reviews of key components within a device to look at the projected life of that product.

Im not saying that all of the older systems are bad, far from it, but they have had there day and need to be updated to reflect the change within the market and the agreements that we as an industry have made to work closer together to create a true interoperable approach to Lighting.

DALI-2 has been a game changer with Hardware no longer unique to a single manufacturer. An open approach to sensors and switches, wired or wireless, result in choice and the freedom to design systems that exploit the features of modern lighting. You no longer have to purchase a companies unique switch based on their protocol and generally high commissioning cost.

DALI-2 systems, if correctly designed are far more economically to purchase and install. They provide a route for expansion and provide the designer, engineer, contractor and client the opportunity to scale the project to suit the application.

We as an industry have worked to develop a smart platform that adds value and reduces cost, so again revisit those designs and look to the future to design systems that are relevant today. Don’t design or instal systems which are almost obsolete from the day they are installed.

Check out https://www.digitalilluminationinterface.org for more information.

For more information on this and other topicsthen please contact me and I am happy to call in and discuss what we do as a company and how you might benefit from DALI-2 and open platforms generally.

Also, we are major manufacturer of Emergency Lighting and controls again based on DALI and other open platforms so can provide advice in this area as well.