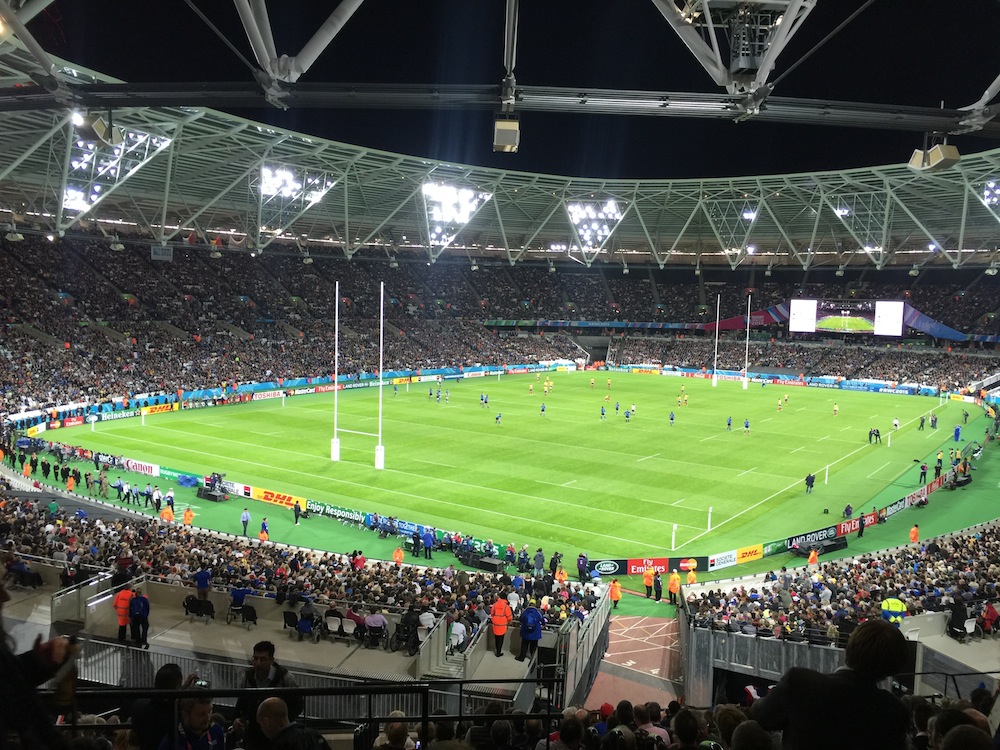 The lights may have gone out early on England’s recent Rugby World Cup campaign, but Staffordshire based zencontrol, one of the UKs leading design and commissioning experts in lighting control systems, certainly ensured the same didn’t happen to The Stadium, Queen Elizabeth Olympic Park.

The former Olympic Stadium is currently undergoing a transformation in Queen Elizabeth Olympic Park, reinventing itself as an all-year round multi-use venue that will deliver a lasting sporting, cultural and community legacy in east London.

Elements of the transformation work include installing the largest roof of its kind in the world, a community track, innovative retractable seating, spectator and hospitality facilities and external landscaping. The stadium re-opened temporarily for five matches at Rugby World Cup 2015, before opening permanently as the new home of West Ham United Football Club and national competition centre for UK Athletics in 2016.

zencontrol supplied and commissioned their addressable lighting control system, controlling all general lighting and, more importantly, the 14 Field of play paddles. Each paddle contains around 50 lights and can offer differing combinations depending on the sport being played and the type of lighting required. The company also provided full support at the venue through the string of Rugby World Cup matches played there.

“Having successfully installed lighting control systems to the Copper Box Arena for the 2012 Olympics it was great to be back in London to work on this project. Whilst it’s unfortunate England did not progress further in the Rugby, we are delighted to have worked on this contract and will undertake further work now the tournament is over in preparing it for the handover to West Ham United”, says James Hart, Sales Director, zencontrol.

For the family run company, based in the Beaconside area of Stafford, the work at The Stadium Queen Elizabeth Parkway is just the latest in a string of high-profile commissions including the Library of Birmingham, First Direct Arena in Leeds, Derby Velodrome and the new development at Cheltenham Racecourse.