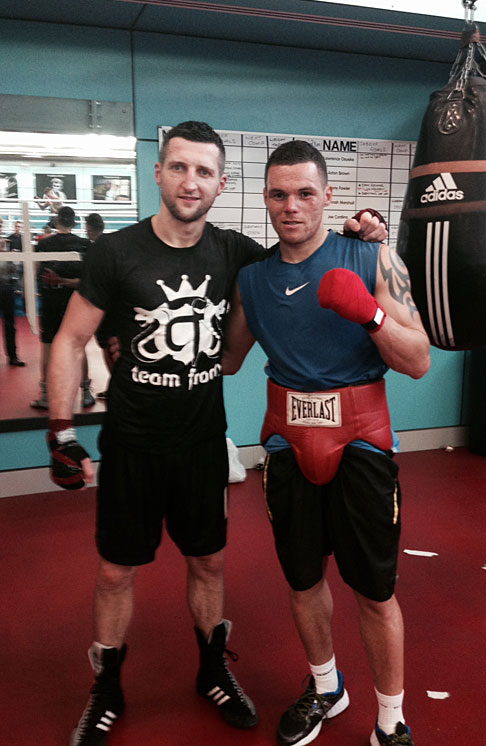 zencontrol’s Projects Manager Grant Cunningham had the opportunity to spar with IBF and WBA world super middleweight champion Carl Froch at the Sheffield Institute of Sports, ahead of Carl’s fight against George Groves in which he defended his title.

Grant has so far participated in 9 professional fights and has an unbeaten record. His next fight will take place on 4th October at Cannock Leisure Centre for a Bronze Masters Title over 8 rounds.

Carl Froch is four times world champion in the super middleweight division having won the WBC title twice and he is the current IBF champion, having defeated Lucian Bute for the title.